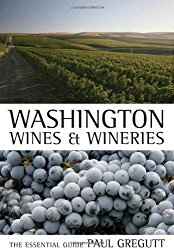 During the thirty-five years wine critic and writer Paul Gregutt has lived in the state of Washington, its wine industry has ballooned from a mere half dozen wineries to nearly five hundred. Washington Wines and Wineries offers a comprehensive, critical, and accessible account of the nation's second largest wine-producing region. Gregutt, who has covered Washington wine in books, newspapers, and magazines since the mid-1980s, enthusiastically dispenses information along with his editorial opinion, displaying the depth of his knowledge of the area, the players, the regions, and the wines. He points out the best vineyards, the most accomplished winemakers, the must-have wines, and the newcomers to watch. He rates wineries—not wines—with a unique and detailed 100-point scale, providing an insider's view of the best that Washington state has to offer. As the global wine industry reinvents itself for twenty-first-century palates, Washington is poised to become as important and influential as California on the world stage. Washington Wines and Wineries is the definitive reference book on the subject.

Wine Questionnaire
Miso, Tempeh, Natto & Other Tasty Ferments: A Step-by-Step Guide to Fermenting Grains and Beans
Swedish Summer Feasts: Favorite Recipes for Picnics, Brunches, and Barbecues by the Beach
The New Sotheby’s Wine Encyclopedia, Third Edition
The Brew Your Own Big Book of Homebrewing: All-Grain and Extract Brewing * Kegging * 50+ Craft Be...
Made in Vietnam: Homestyle Recipes from Hanoi to Ho Chi Minh