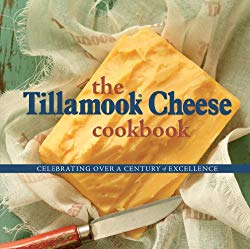 Back in 1909, a handful of dairy farmers in Tillamook County, Oregon, formed the Tillamook County Creamery Association. More than 100 years later, they are still using the original recipe. Tillamook Cheese is an award-winning American favorite and a household name. Over the years some of the greatest cheese recipes in the world have been developed, tested, and tasted in anticipation of the release of this one of a kind cookbook.       The Tillamook Cheese Cookbook includes recipes such as Cheddar Scallion Biscuits, Cheesy Chicken Tetrazzini, and Twice-baked Cheese Soufflé with Deviled Crab Sauce. An entire section is devoted to the Queen of comfort Food—Mac n’ Cheese. Each year, the co-op sponsors a Mac n’ Cheese recipe contest, and this cookbook includes the best warm and creamy, cheesy and sinfully delicious macaroni and cheese recipes from across the nation.

Do you want ot get the The Tillamook Cheese Cookbook: Celebrating Over a Century of Excellence?