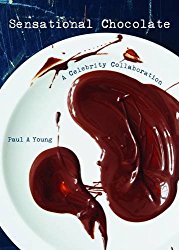 Master chocolatier Paul A. Young has assembled a glittering array of celebrities to share their secret chocolate recipes for this book including Rob Lowe, Gordon Ramsay, and Wolfgang Puck. The book features stunning photography of all the glorious recipes and a proportion of the proceeds of the book sales will be donated to charity.Paul A. Young's first book, Adventures with Chocolate, won the World's Best Chocolate Book at the Gourmand Cookbook Awards in Paris and in 2014 Paul was named Outstanding British Chocolatier by the International Chocolate Awards. Paul appears regularly on TV, with appearances in the United States on the Nate Berkus Show.