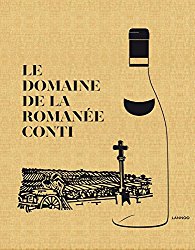 The new revised version of the standard book on the Romanée-Conti vineyard, complete with new photographs and additional text The first edition won the award for Best Wine Book of the year on the Gourmand World Cookbook Awards in 2013The first edition of Le Domaine de la Romanée-Conti was published in 2005. Early in 2006 the book was declared 'Best Book on French Wine 2005' and it was translated into French, English, German and Japanese. In 2010 it was updated for the first time. This new edition of the book about the Burgundian vineyard shows its special qualities and character, all of which are the result of hard work and the continuous aim for improvement. This is a trend that can also be seen in other quality estates in Burgundy. It is wonderful to see how the pursuit of ultimate quality, motivates, stimulates and vitalizes the people on the Domaine. Meanwhile, work in the vineyards of the Domaine de Romanée-Conti is carried out entirely biodynamically. This luxurious edition, with new photography and up-to-date text, has a more in-depth quality.