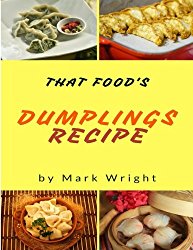 Dumplings are delicious meals which consist of small pieces of dough often wrapped around a filling. They are largely consumed by people in Europe, America and Asia and are mostly served as eitherbrunch, lunch or dinner. They can also be served during occasions or events such as Christmas parties, birthday parties or even wedding ceremonies. Bachelors can also prepare dumplings during a surprise dinner dedicated to their girlfriends or lovers. In as much as dumplings taste delicious, they are not complicated to prepare although their preparation time may last up to an hour. The simplest way of cooking frozen dumplings is by using the boiling method. This method is quite easy because aside from waiting for the water to come to boiling point, it does not need constant attention. The steaming method is also pretty much faster as all you need to do is to bring a few cups of water to a boil instead of an entire pot. On the other hand, if one desires classic crispy dumplings, then the perfect method is to pan fry them. This can be done by frying the dumplings and adding water at intervals until all the water finally evaporates leaving a crispy texture.