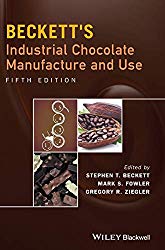 Since the publication of the first edition of Industrial Chocolate Manufacture and Use in 1988, it has become the leading technical book for the industry. From the beginning it was recognised that the complexity of the chocolate industry means that no single person can be an expert in every aspect of it. For example, the academic view of a process such as crystallisation can be very different from that of a tempering machine operator, so some topics have more than one chapter to take this into account. It is also known that the biggest selling chocolate, in say the USA, tastes very different from that in the UK, so the authors in the book were chosen from a wide variety of countries making the book truly international. Each new edition is a mixture of updates, rewrites and new topics. In this book the new subjects include artisan or craft scale production, compound chocolates and sensory.This book is an essential purchase for all those involved in the manufacture, use and sale of chocolate containing products, especially for confectionery and chocolate scientists, engineers and technologists working both in industry and academia.The new edition also boasts two new co-editors, Mark Fowler and Greg Ziegler, both of whom have contributed chapters to previous editions of the book. Mark Fowler has had a long career at Nestle UK, working in Cocoa and Chocolate research and development – he is retiring in 2013. Greg Ziegler is a professor in the food science department at Penn State University in the USA.

Do you want ot get the Beckett’s Industrial Chocolate Manufacture and Use?